IDOLY PRIDE (アイドリープライド) is a multimedia idol project co-produced by CAAnimation and Lerche. The project was officially revealed on November 27, 2019. The franchise includes live events, music releases, a TV anime series and manga, in addition to a video game. The anime series is airing during the Winter 2021 season.

A small entertainment company, Hoshimi Productions, based in Hoshimi City, produces one of the rising stars of the idol industry: Mana Nagase. A few years later, Hoshimi Productions holds an audition to find a new idol. Kotono Nagase, the younger sister of Mana, appears on stage along with Sakura Kawasaki, a girl with a voice just like Mana's. Starting with just Kotono and Sakura, and later totaling to a group of 10 girls, they all gather and start living together in a dormitory. The story also features TRINITYAiLE, who want to surpass Mana, in addition to LizNoir, who have an extraordinary rivalry with Mana. 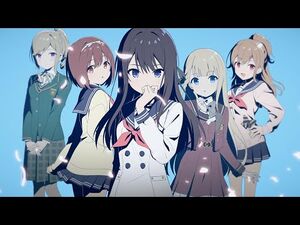 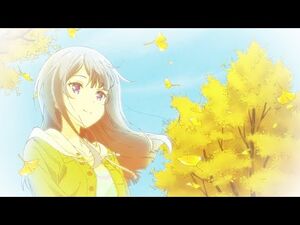 Retrieved from "https://idoly-pride.fandom.com/wiki/Idoly_Pride_Wiki?oldid=5400"
Community content is available under CC-BY-SA unless otherwise noted.